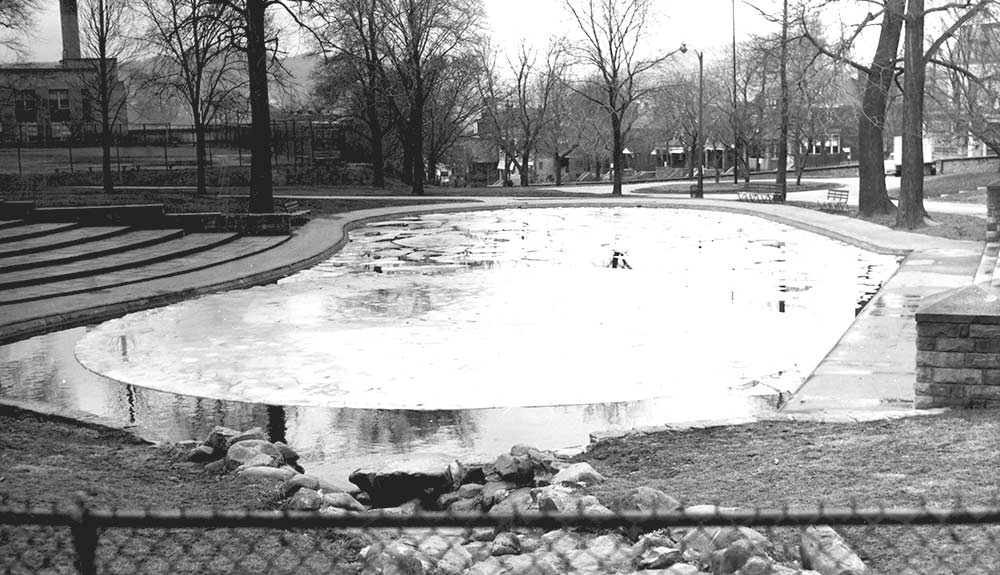 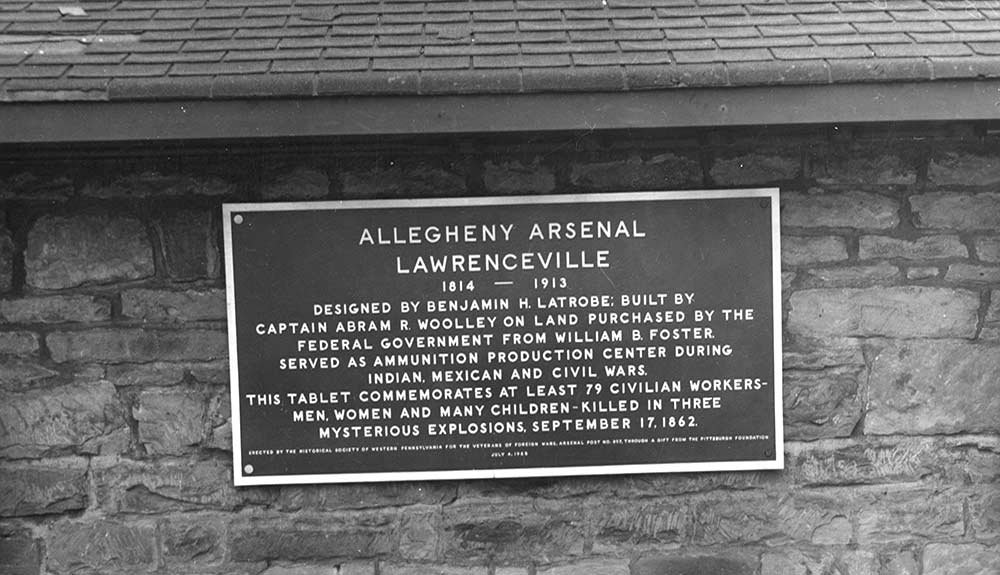 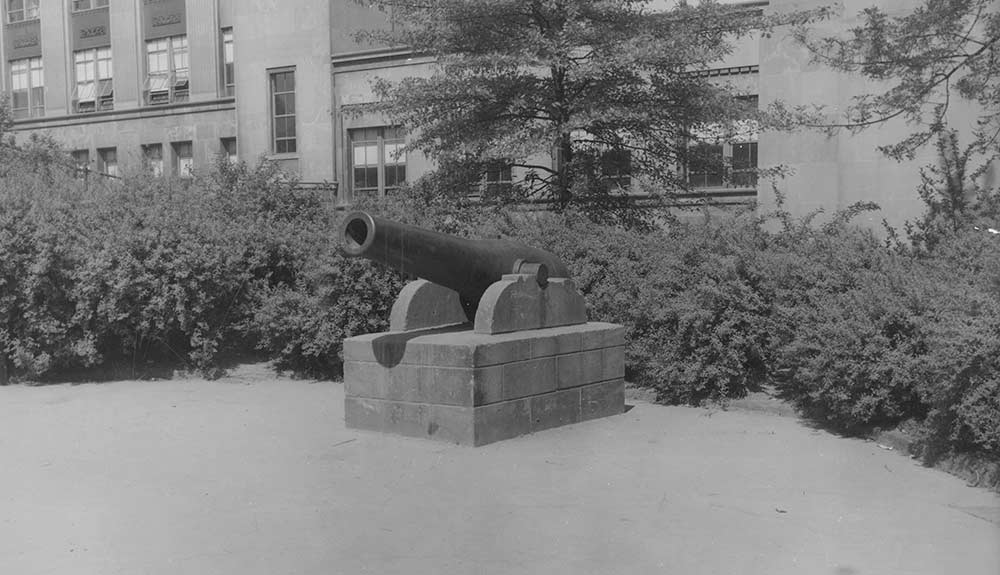 On July 4, 1907, eleven acres of the former Allegheny Arsenal were dedicated as Arsenal Park under Mayor Guthrie. Congressman James Francis Burke was influential in securing the property for the city. While some of the old structures on the property were razed to make way for the park, a couple of the buildings, including the old powder magazine, were remolded for use by the public.

The old stone wall surrounding the park dates back to the Allegheny Arsenal. The park was the site of an accidental explosion at the Arsenal, which killed 78 workers, making it the worst civilian disaster of the Civil War. 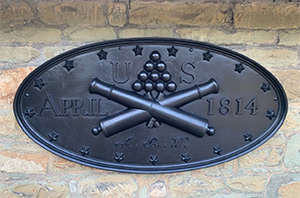 The Allegheny Arsenal was one of the most important armories in the United States during the Civil War. This tablet was placed on its walls when the Arsenal was erected on this site in 1814. The initials reference Abram R. Woolley, the first commandant, with the seventeen stars encircling the border representing the number of states in the Union at the time. 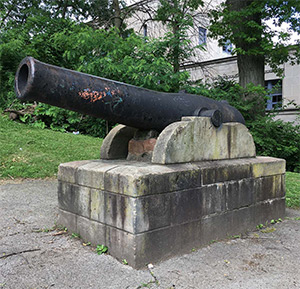 This 9-inch Shell Gun was made in 1855 by the Tredegar Iron Works in Richmond.

Cannons of this type were used in the armament of battleships for shoreline defense. Markings on the barrel indicate that it was fired 1,681 times, which may indicate it was a test gun and not used in combat. Arsenal Park, made up of the land that was once the historic Allegheny Arsenal, was only two years old when this fountain was directed to commemorate those who had served in the War of 1812.

The dedication was attended by newly-inaugurated President Taft, who gave a speech. The fountain was originally placed in the southwestern section of the park, and delivered water from a natural spring to a round basin and its front. It was later relocated in the basin was removed.