Mellon Square is a beloved urban park and one of two major “Squares” in Downtown Pittsburgh. The art deco park is built above a parking garage, and features a distinctive tree-lined black-and-white geometric pavement, fountains, raised flower beds and a cascading waterfall.

The Square is surrounded by some of Downtown’s most distinctive buildings and hotels and is a major focal point for guests of our City. 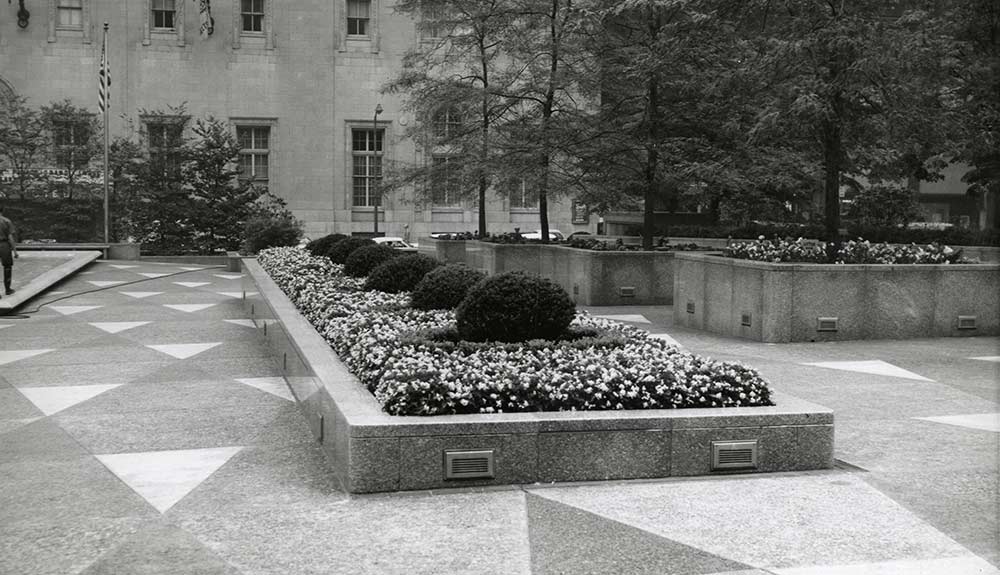 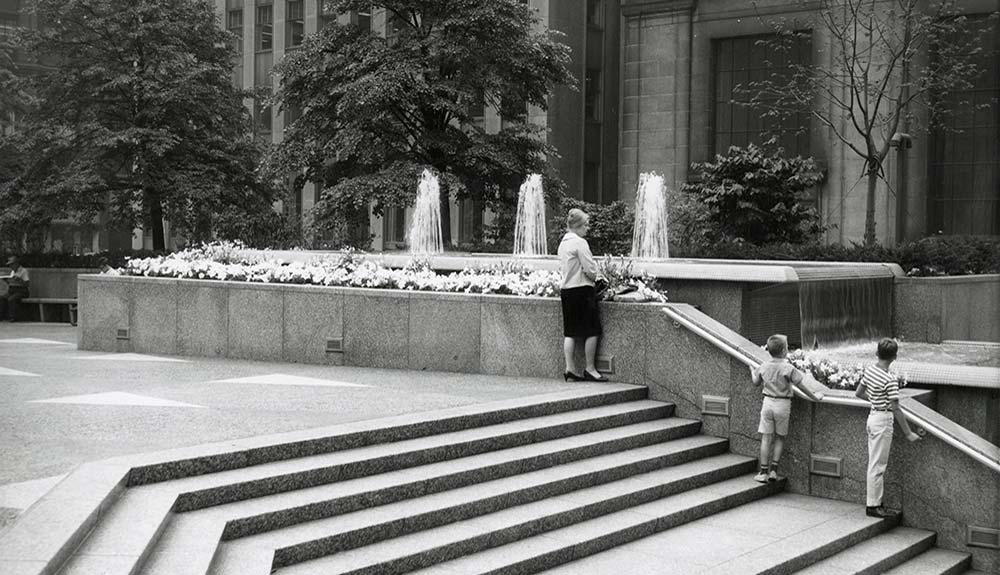 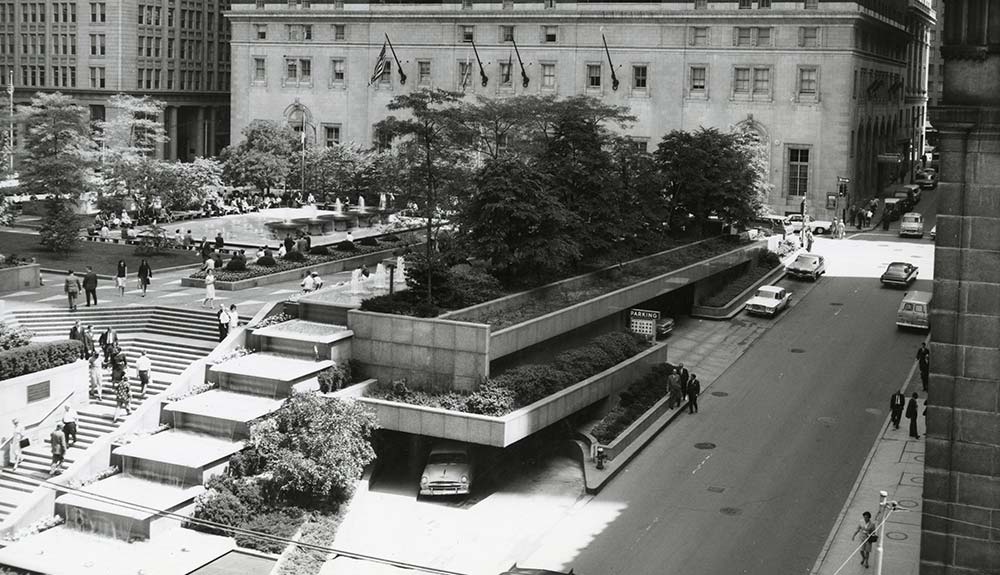 Mellon Square was conceived in the 1940’s.

On April 22, 1949, the A. W. Mellon Educational and Charitable Trust, Sarah Mellon Scaife, and Richard King Mellon Foundation announced a gift to the City of Pittsburgh of $4 million to build a public plaza and parking facility.

The plaza was conceived and executed as one of the earliest projects of Pittsburgh’s Renaissance One. It was built in 1955 and was one of the first public plazas to be built over a parking garage. It was designed by the famed landscape architecture company Simonds and Simonds in the modernist style.

Known for its elegant terrazzo walkways and cascading fountains, the park was fully restored in partnership with the Pittsburgh Parks Conservancy and local foundations in 2014.

The site today known as Mellon Square was the location of the founding conference of the Federation of Organized Trades and Labor, (later American Federation of Labor, part of the AFL-CIO), the first labor union in the world.

The Mellon Square Garage is located under historical Mellon Square Park where you can enjoy fountains, a cascading water fall, art work, and lush greenery.

It is operated by the Public Parking Authority of the City of Pittsburgh.