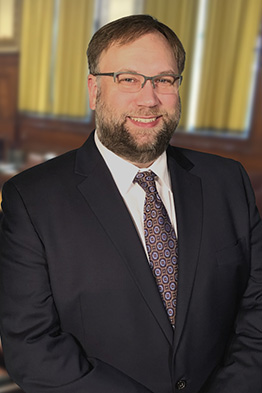 Situated at the historic center of what was once the City of Allegheny. The original town plan was laid out in 1788, and consisted of 36 square blocks surrounded by a common grazing area (now Allegheny Commons Park).  Old Allegheny was annexed by the City of Pittsburgh in 1907 and became known as the Northside.

Today, the North Side is a large and varied geographic area, combining neighborhoods that, like much of the City of Pittsburgh, are very much products of their topography.  The North Side is home to many hidden gems, from large, stately Victorian homes, to clusters of sturdy but affordable brick homes.  There are several small business districts located throughout the sector, rather than a centralized commercial area.  The Northside is also home to Riverview Park, one of the City's five regional parks.

Also known as Central North Side, this diverse and unique neighborhood has a host of attractions and amenities. Mixed in with the beautiful historic homes, you will find attractions like the Mattress Factory art museum, City of Asylum, the Allegheny YMCA, and the new North Side Carnegie Library branch. The Federal St./North corridor is buzzing with new activity and exciting developments, including the redevelopment of the historic Garden Theatre Block which offers even more potential for this up and coming community.

Referred to by locals as ‘Pittsburgh’s smallest neighborhood’, Allegheny West sits just north of Heinz Field and the Community College of Allegheny County, and on the western edge of the historic Allegheny Commons Park. The neighborhood features many historic Victorian style row homes, which are showcased in the neighborhood’s annual Christmas House Tour. Allegheny West is also home to a bustling business district along Western Avenue, where you’ll find North Side favorites like the Modern Café, the Allegheny Sandwich Shop, and Nicky’s Thai Kitchen. This quaint community is truly a gem of the North Side.

Brighton Heights is a located in Pittsburgh’s Upper North Side on the edge of the city limits, overlooking the Ohio River to the west. Brighton Heights has two business districts. One is on Brighton Road, centered at the intersection of Termon Avenue, while the other is on California Avenue centered near the intersection of Orchlee St. The large maple trees lining many of the residential streets, nicely complement the stonework and brickwork of the homes and churches throughout the neighborhood. The stately architecture and beautiful stained glass of many of the buildings in Brighton Heights make it a popular stop for Pittsburgh’s annual neighborhood house tours. The community in Brighton Heights is stable like its solid buildings, with many lifelong residents who know each other well.

Brightwood, which contains areas also referred to as Marshall-Shadeland and Wood's Run, is a neighborhood of approximately 7,000 people located in Pittsburgh’s Upper North Side, along the Ohio River. The neighborhood is home to the nearby industrial center of Brunot Island, which is accessible only via railroad bridge or boat. Brunot Island is comprised of facilities owned and operated by the Duquesne Light utility company. This primarily residential neighborhood is made up mostly of two-story brick houses. There are several businesses and recreational facilities scattered throughout the neighborhood, and residents are well connected to regional shopping areas and attractions by way of public transit or automobile.

Fineview is a small neighborhood community mostly defined by its topography, it has a fine view. The topography allows for one of the best views of the city from a recently renovated overlook. The hilly landscape separates the community from its surrounding neighbors, yet it is still accessible. The area is largely residential and although it is not yet deemed a registered historic district, it has many charming older houses that have recently seen some new investment--several new homes have recently been constructed as well.

Northview Heights was annexed by Pittsburgh in 1931. In 1962, the Housing Authority of Pittsburgh opened a 999 unit housing complex that is a combination of high-rise and row homes. The complex, due to the neighborhood's topography and its design is somewhat secluded.

Spring Garden is a valley community, centered upon Spring Garden Avenue. During the period of its initial growth in the mid-1800s, Spring Garden was primarily industrial in nature. It was a center of meat packing, tanning, and soap production businesses. The largely German and Austrian workforce of these industries sought to live close to their places of work, and the demand was quickly met by early housing developers of the area. Today, Spring Garden retains much of its original industrial feel while also remaining a cohesive community of many long-time and cultural residents.

Known today for its panoramic views of the city, Spring Hill-City View was originally named for the natural springs that ran through the area. Many Germans immigrated there from 1850 to 1920, giving the neighborhood a Bavarian atmosphere. Local street names include Rhine, Woessner, Haslage, Zoller and Goehring. Less than ten minutes from Downtown and bordering directly on Interstate 279, Spring Hill is a neighborhood that enjoys both lush greenery and quick access to city and suburban amenities.

Summer Hill was annexed into the City of Pittsburgh in 1907 and is the northernmost neighborhood in the City of Pittsburgh. Summer Hill has a distinctly suburban feel, and is composed mostly of medium to large size lots with affordable housing in a forested setting. It enjoys easy access to Downtown, the Parkway North, McKnight Road, and North Hills shopping areas.

Overlooking Downtown and the Allegheny River, Troy Hill is a hilltop neighborhood that also includes the Route 28 corridor as well as the development of Washington’s Landing (Herr’s Island). Lowrie Street is the main street through the neighborhood. The 31st Street Bridge extends over Herr’s Island and the Allegheny River to the Strip District on the opposite shore. The Troy Hill Citizens Council is active in preserving the neighborhood’s character through numerous charitable events and beautification efforts. Though it has diversified greatly over the years, the feel of this neighborhood is still defined by the strong sense of community developed by the largely German immigrants who came here in the middle of the 19th Century.