All staff members are working in a hybrid format in response to the ongoing COVID-19 pandemic. 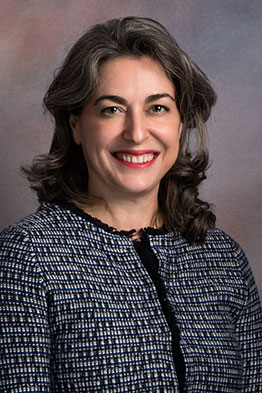 Welcome to District 7! We are a community full of vibrant, exciting, and engaging neighborhoods. Inside the district you will find many active community groups and thriving nonprofit organizations as well as extraordinary businesses and local recreational opportunities.

Bloomfield has one of the City's largest, and most active, business districts located along Liberty Avenue. The ethnic Neighborhood of 'Pittsburgh's Little Italy' is home to numerous heritage shops, shoe stores, Italian restaurants, and groceries abound, attracting shoppers not only from nearby neighborhoods but from the whole Pittsburgh region. Here homes are often passed down through families, and grandchildren usually live just a few blocks from grandparents, aunts, uncles, and cousins. Bloomfield residents are deeply rooted in the community and are proud of their recreational and youth programs.

Friendship’s central location and beautiful Victorian homes make it an eclectic and vibrant residential neighborhood populated by a wide mix of residents. Its close proximity to attractions in East Liberty and Bloomfield allow Friendship residents to quickly and easily access the restaurants and shops of Penn and Liberty Avenues. Friendship is a small, but tight-knit community where everyone from short-term student renters to long-time homeowners share in a genuine love for their neighborhood.

The tree-lined streets filled with Victorian, Tudor, and Colonial homes--from modest to grand--characterize this family-oriented neighborhood. Annual events in Highland Park include the Walking Tour of historically and architecturally significant homes and the Highland Fling, which features live music, crafts, and food. This neighborhood is home to the Pittsburgh Zoo, situated among the hills and greenery of the Park for which the neighborhood is named.

One of the City's largest neighborhoods, Lawrenceville bills itself as a "back to the basics" neighborhood. What it offers is affordable housing, the convenient Butler Street business district, and easy access to work, shopping, and play in Downtown, Shadyside and Oakland. Large single family brick homes dominate the eastern part of Lawrenceville, while residents closer to Downtown enjoy the urban character of the streets lined with reclaimed turn-of-the-century row houses alongside newly constructed townhomes in Doughboy Square. Lawrenceville's more than 11,000 residents represent a changing mix of established families, whose parents and grandparents moved to Pittsburgh in the late 1800s to work in the factories, and young professionals, artists, and musicians attracted by the architectural gems and vibrant night life.

The neighborhood of Morningside is a quiet residential community distinguished by its tree-lined streets and well-kept brick homes, matching side by side down pleasant, tree-lined streets with plenty of ball fields and playgrounds for youngsters. Morningside remains a stable, prosperous community for its hard-working residents. The neighborhood has strong ethnic roots, with local churches playing an active role in community programs.

Polish immigrants settled this neighborhood’s winding streets and steep slopes in the late 1800s, recognizing that this hillside area was an asset within walking distance of the mills. In 1905, those same early settlers finished construction work on the Immaculate Heart of Mary Church, which has since been designated a Pittsburgh historic landmark and remains the crowning centerpiece of the neighborhood. The refurbished West Penn Recreation Center, with its wide range of indoor and outdoor facilities, serves the neighborhood's center for leisure-time needs. Polish Hill homes are a varied lot from across its long history, including frame row houses, detached brick homes, suburban-style ranches, and brand new townhouses, all nestled into the hillside terrain of the neighborhood.

The area now known as Stanton Heights was annexed by the City of Pittsburgh just over fifty years ago. Until the mid-1950s, a large portion of the neighborhood was part of the Stanton Heights Golf Course, the largest private course in the City. The result is that this neighborhood set at the top of Stanton Avenue, with the character of a suburb, has new homes, and quiet streets with little traffic. While Stanton Heights does not have its own neighborhood business district, residents have plenty of shopping choices nearby and an annual event, the Fun Festival, held each summer.

With its long history as a wholesale food district, 'the Strip,' as it is commonly called, is ripe with wholesale and retail food vendors, ethnic grocers, and restaurants that have been established for generations. In addition to the Strip District's vast markets, there has been a boom in the artistic endeavors of the community. Multiple creative firms and 'grassroots' non-profit organizations have begun to spring up alongside long-standing community stakeholders. This movement has encouraged the housing in the area to become modernized and reclaimed, issuing in an influx of young professionals to compliment the families who have been in business for generations.