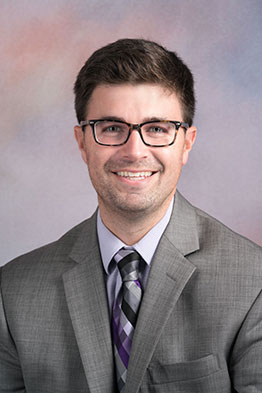 O’Connor developed an interest in public service as a young teen and college student as he accompanied his Dad, the late Mayor Bob O’Connor, to events throughout the city and region. He   began his career as a Community Development Representative for U.S. Representative Mike Doyle in the Congressman’s Pittsburgh District Office.

A graduate of Central Catholic High School, Corey became the youngest varsity sports coach in the history of the WPIAL and continues to coach Central’s golf team that won the State Championship in 2016.  He earned his Bachelor’s Degree in Elementary Education from Duquesne University. The Councilman was a Squirrel Hill Little League baseball coach for 10 years and was twice honored as Coach of the Year. He serves on several boards and commissions, including the Allegheny County Sanitary Authority (ALCOSAN), Children’s Home and Mario Lemieux Family Center, the Holocaust Center, First Tee of Pittsburgh, the University School, the Cancer Caring Center, and Omicelo Cares.

The notable website "Politics PA" named O’Connor one of Pennsylvania’s top “30 Under 30” and in 2010, he was selected as Allegheny County Young Democrat of the Year. He has received awards from several non-profits, including Shepherd Wellness Center, the Squirrel Hill Urban Coalition, the Greenfield Organization, Lending Hearts, Community Day School, and the Pittsburgh Aids Task Force.

As a Councilman, Corey has demonstrated a unique ability to bring together people with diverse   agendas and facilitate dialogue that culminates in mutually beneficial decisions.  He is known for his accessibility, friendly and outgoing manner, and an approach to government that advocates for commonsense practical solutions. O’Connor is proud of his legislative agenda, which focuses on his   commitment to families, children, equal rights, support for local businesses, and workforce development.   These guiding principles are frequently reflected in his legislative initiatives.

As Chair of City Council’s Committee on Urban Recreation, O’Connor has toured every city park and visited dozens of Recreation and Senior Centers He has worked cooperatively with the Western Pennsylvania Conservancy, Pittsburgh Parks Conservancy, PWSA, ALCOSAN, and other stakeholders to make qualitative improvements that also help to prevent flooding in vulnerable areas in the city.

When the Commonwealth of Pennsylvania legalized the sale and distribution of medical marijuana, O’Connor introduced legislation that directed the City Zoning Administrator to develop new regulations for dispensaries, growers, and processing facilities  to ensure that appropriate standards would be in place for the soon-to-be-licensed entities.    With the significant interest that has been already demonstrated by many parties, O’Connor believed that it was critically important for the city to be proactive and not restrictive.

The Councilman’s office authored legislation to create the Advisory Board on Entrepreneurship and Start-Up. Its purpose is to provide recommendations for the Mayor and City Council regarding policies and regulations that effect business. It brings together leaders from diverse business and entrepreneurship sectors, including minority- and veteran-owned businesses, green technologies, the university community, and more.  According to an editorial in the Post-Gazette, “… this proposed talking-shop appears to have one clear virtue: There’s nothing like it in town. While the administration of Mayor Bill Peduto prides itself on being in touch with cutting-edge ideas, no official vehicle exists for budding businesses to get the ear of City Hall.”

O’Connor’s first legislative action when he joined City Council in 2012 created the Pittsburgh HIV/​AIDS Commission, a 30-member panel that delivers policy guidance to city leadership and the health community. Since 2008, the Centers for Disease Control and Prevention has recommended that all patients, regardless of risk factors, be offered HIV testing as part of routine preventive care, but it has never been enforced on the federal level. In anticipation of the 28th annual World AIDS Day in December, O’Connor’s Will of Council was passed that urged the state to encourage health care providers in Pennsylvania to offer HIV testing during routine checkups.

Additional legislation includes: guaranteeing that all workers can accrue paid sick days; a minimum wage incentive program that recognizes small, local businesses that raise their employees' wages by providing free messaging opportunities on City-owned assets; a directive for the City's Director of Finance and the Urban Redevelopment Authority to create a program that would convert blighted or under-utilized publicly-owned property into commercial property for small businesses; and banning the use of tobacco in all city parks and playgrounds.