On March 12, 2017, a community public meeting was organized by the office of Councilwoman Rudiak and facilitated by the Department of City Planning and the Department of Public Works. Community participants were asked to identify their interests in regard to the identity of Carrick, their interests in regard to design aesthetics for the artwork, their interest in place making for this area of Carrick, and their thoughts regarding safety for this intersection. Additionally, the community was engaged in a discussion around which type of implementation to pursue — ultimately the artist designed intersection was selected rather than artist designed crosswalks. 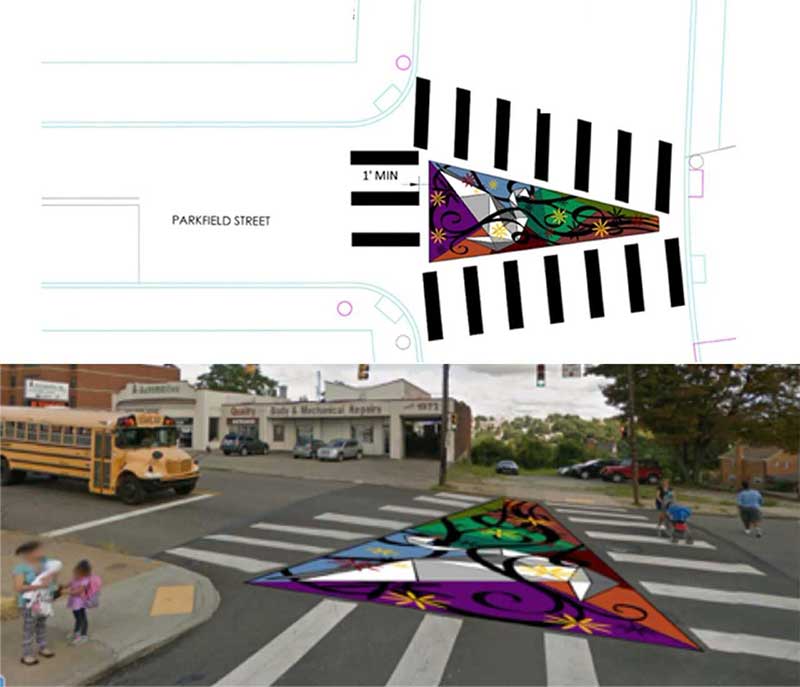