“To exist as a nation, to prosper as a state, to live as a people, we must have trees.”
–Theodore Roosevelt

A city like Pittsburgh with over 900 miles of streets ‘should’ have 60,000 street trees, and ‘could’ have up to 90,000 street trees. Trees are necessary to improve air quality, reduce storm water runoff, reduce energy costs, and create pride in each neighborhood. However, Pittsburgh’s inventory showed that we only had 31,524 street trees as of August 2005. At the same time, we became aware that 10% of this number of trees required removal over the next four years.

The Forestry Division has been implementing an Urban Forest Master Plan for the care of City trees since late 2012. The plan itself was crafted by the Davey Resource Group (DRG) from Kent, Ohio. The project is to establish a road map for the effective management of the urban forest in Pittsburgh.

An inventory allowing for a full comparison to be considered on the state of Pittsburgh’s urban forest had not been completed since 2005. In 2014 a new Street Inventory was conducted. Three important documents were produced as a result of the Street Tree Inventory: a 10-year Street Tree Management Plan and budget, and an i-Tree Eco Analysis. These documents enable Pittsburgh’s urban forestry partners to advocate for additional support and resources for the city’s forestry programs.

A state-funded program called TreeVitalize Pittsburgh has been planting since 2008. This partnership with the Western Pennsylvania Conservancy, Tree Pittsburgh and Allegheny County has resulted in over 29,000 trees to date being planted in various neighborhoods, and county parks. 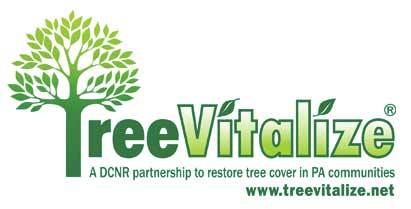 The public is invited to enter the City’s inventory website, Burghs Eye View Trees, to check on the street trees in your neighborhood. The inventory is a snapshot of the urban forest the day you look at it, but remember that since trees are living organisms there are constant changes to the inventory based upon new pruning, removal, and planting data.