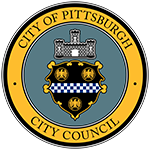 This resolution calls on Pittsburgh City Council to allocate $1 million dollars from the City’s American Rescue Plan (ARP) Trust Fund to RIPMD, a New York-based 501(c)(3) which has relieved over $7 billion in debt for more than 4.2 million individuals and families nationwide in the last eight years.

RIPMD purchases large portfolios of qualifying medical debt (belonging to those four times or below the federal poverty level or whose debt is 5% or more of their income) directly from healthcare providers like hospitals and on the secondary market for pennies on the dollar and, instead of attempting to collect the debt, forgives it. In Pittsburgh, RIPMD has calculated that this allocation of $1 million will permit it to purchase and discharge an estimated $115 million of health care debt owed by about 24,000 Pittsburghers. “Providing relief at this scale, where $1 can discharge up to $115 of burdensome medical debt, is plain common sense. Coming out of a global pandemic, Pittsburghers deserve such direct relief. I am proud to have introduced this legislation to make Pittsburgh a national leader in reducing the burden of medical debt on our citizens,” said Councilman Wilson.

The City of Pittsburgh joins other municipal leaders in partnering with RIPMD this year to alleviate medical debt for its residents. Earlier this year, Cook County, Illinois partnered with RIPMD and allocated $12 million to forgive up to $1 billion in health care debt owed by Cook County residents. Last month, the City of Toledo partnered with Lucas County, Ohio to allocate $1.6 million to RIPMD to discharge $190 million-$240 million of health care debt held by 41,000 Ohioans. Both municipal governments utilized ARPA dollars to discharge health care debts owed by their citizens.

According to the Consumer Financial Protection Bureau, 58% of debts recorded in collections were for a medical bill. This makes health care debt the most common form of debt on consumer credit records and the leading cause of personal bankruptcy in the United States of America. Many Pittsburghers with health care debt are uninsured or underinsured and are experiencing financial hardship in the wake of COVID-19. In addition, black and brown communities in Pittsburgh have been disproportionately impacted both financially and medically by COVID-19 and resulting health care debts.

“Medical debt is a pervasive crisis across the U.S. which impacts the most vulnerable and often prevents them from seeking the care they need and deserve,” stressed RIP Medical Debt CEO and president Allison Sesso. “We’re grateful that the City of Pittsburgh acknowledges the scale of this issue. We look forward to engaging with local hospitals and other providers regarding their interest in working with us to eliminate millions in uncollectable debt.”