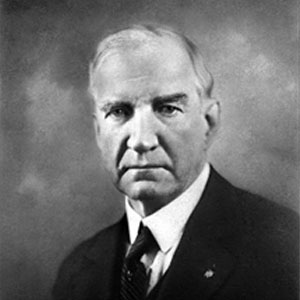 A glassblower, Armstrong was an early labor leader and member of the Common and Select Councils from 1896 – 1905. When many of his colleagues were indicted for accepting bribes, he resigned from Council and successfully ran for County Coroner. He resigned that position to become Mayor Magee’s Director of Public Works. Mayor Magee fired Armstrong when he discovered his Director was planning to run for Mayor. Yet with the support of the old boss, William Flinn he won the election. He became known as “Joe the Builder” for his extensive public works projects such as the Armstrong Tunnels, Mount Washington (McArdle) Roadway, and the construction of our iconic City-County Building.