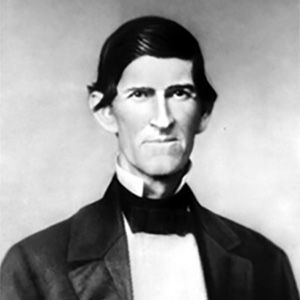 An agent for canal and steamboat freight carriers, Bingham ran for Mayor of the Native American Party candidate in a five-candidate field. Bingham’s surprise at his victory was so great, his inaugural remarks were spent describing his unfamiliarity with his new duties.