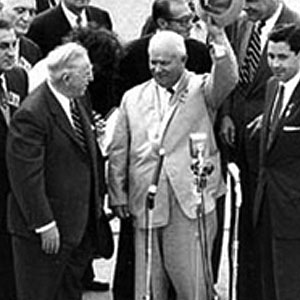 An officer in the glassblower’s union, Thomas Gallagher served in the State House before being elected to City Council in 1933. By 1952, he was Council President and held that post until he succeeded to the Office of the Mayor when Mayor Lawrence resigned to become Governor. At age 75, he was Pittsburgh’s oldest Mayor.

Gallagher did not seek reelection and retired from politics as Mayor.