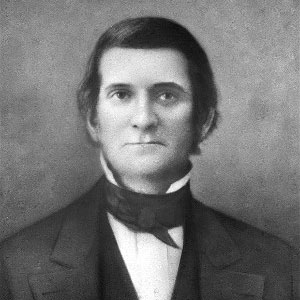 A businessman, Howard won his single term of office by 29 votes in a four-candidate race. Success was attributed to his campaign theme to keep the Bible as a textbook in the schools. Howard’s term in office could not be considered a success, since over a third of the city burned down in the Great Fire of 1845 four months after he took office.