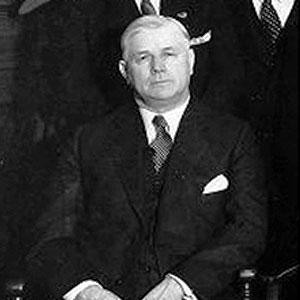 The last Republican Mayor, Herron was named to complete Kline’s unexpired term by Council. He could not overcome the Depression, Franklin Roosevelt, and the sins of Charles Cline and lost the office to resurgent Democrats.

After his 9-month term in the Mayor’s Office, Herron was appointed Minority County Commissioner in 1935.