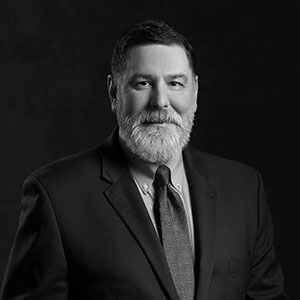 William Peduto was elected to the office of Mayor of the City of Pittsburgh in the General Election on November 5, 2013, and took office as Pittsburgh’s 60th Mayor in January of 2014. Prior to taking office, he worked for 19 years on Pittsburgh City Council - seven years as a staffer then twelve years as a Member of Council. As a Councilman, Bill Peduto wrote the most comprehensive package of government reform legislation in Pittsburgh’s history. He strengthened the Ethics Code, created the city’s first Campaign Finance Limits, established Lobbyist Disclosure and Lobbyist Registration and ended No-Bid Contracts. As Mayor, Peduto continues to champion the protection and enhancement of Pittsburgh’s new reputation - maintaining fiscal responsibility, establishing community based development plans, embracing innovative solutions and becoming a leader in green initiatives.

The Peduto administration is committed to modernizing city government and implementing leading practices to provide taxpayers with an efficient, effective, transparent, and a more accountable government. Under Peduto’s leadership, the City of Pittsburgh has experienced a complete transformation of the city’s procurement process; the reorganization of the Department of Permits, Licenses & Inspections; a commitment to developing a long-term maintenance and investment plan for the city’s assets; the creation of the ONEPGH Resilience Strategy, and technological upgrades including a GPS based Snow Plow Tracker website, 311 Response Center mobile app, an interactive street paving website and several digital tools built with public information in a new open data portal. Setting priorities around strengthening Pittsburgh's 90 communities, Peduto established the Bureau of Neighborhood Empowerment to promote the city's role in housing, small business, and education; led the development of the city's land bank; and championed the creation of a neighborhood-strengthening Rental Registration program.

Since taking office, Mayor Peduto has lead a collaborative effort to make Pittsburgh a leading 21st Century city. The Peduto administration haspartnered with the White House on numerous initiatives, resulting in direct access to federal support related to affordable housing, education, economic development, energy efficiency, immigration, manufacturing, community policing, workforce development, technology and transportation. Under Peduto’s leadership the City of Pittsburgh has played an active role in National League of Cities, U.S. Conference of Mayors and the Pennsylvania Municipal League initiatives. Pittsburgh was recently selected to join the Rockefeller Foundation network’s 100 Resilient Cities, which provides resources to improve city resilience in the face of climate change, globalization and urbanization trends. In 2015 Mayor Peduto signed a unique agreement with the U.S. Department of Energy to make the city a world leader in district energy production and Pittsburgh joined the UN's Compact of Mayors, a global coalition of climate leaders committed to local action and global impact. Recently Mayor Peduto joined with mayors across the world to reaffirm Pittsburgh's commitment to the Paris Agreement and efforts to combat climate change.Mayor Peduto is also a founding member of the MetroLab Network, a national alliance of cities and universities committed to providing analytically-based solutions to improve urban infrastructure, services and other public sector priorities.

The Peduto administration is working to ensure that everyone benefits from Pittsburgh’s transformation and growth because, “If it’s not for all, it’s not for us.”