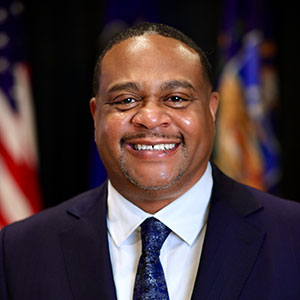 Mayor Ed Gainey grew up in East Liberty and saw firsthand the economic hardships many families face in our city. Raised by a single mother, he counted on the support of his extended family and community to build a pathway to high school and college. Inspired to do the same for others, Ed Gainey discovered in college that an effective government can be a powerful tool to fight injustice and uplift communities. As a State Representative in Harrisburg he was on the front line fighting for working families, and as Mayor of Pittsburgh he'll work everyday to make Pittsburgh a city where all can belong and contribute. Ed and his wife Michelle have three children and live in the Lincoln-Lemington neighborhood of Pittsburgh.